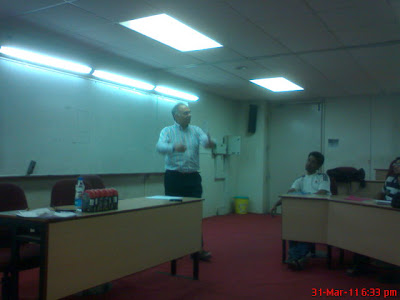 Opera Club session on 31st March, 2011 was the second session by Prof Owen Berkeley Hill. In the first session, he made us familiar with the basic concepts of Lean Management. This session was about getting us acquainted with the concept of Standardization.
Standard Work is one of the core principles of the Lean Management. It is one of the basic and most essential tools in Operations. It is a simple written description of the safest, highest quality, and most efficient way known to perform a particular process or task. It reduces variation and increases consistency. When correctly applied, standard work will not only sustain kaizen improvements, but also expose and eliminate previously unseen waste.
Whenever information is collected for standard work, it is important to search for best practices. Observing multiple people doing the same work is a good way to let everyone see how much variation there is from unit to unit and from person to person.
And hence, Prof Owen introduced us to the concept of Standard Work and then it was followed by an interesting role play using models simulating a real life supply chain. We created groups of 6students each and each group was given a Lego car model comprising of approx 30 small parts each. We were given liberty and flexibility in choosing any 10 sub-assembled components which a student from other team would have to assemble up in least time possible. Working with small components and thinking of which all components to be a sub-assembly part and how best to portray the schema of assembly – these were some of the challenges faced. We were given the option to mention the steps in any form, i.e. to create the standard documents in any form – written, visual sketches, photographs or video. Prof Owen supervised us throughout the activity and gave us feedback on how the activity on each group could have been improved on. 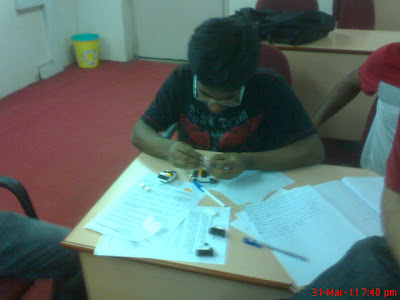 Few key learning from the session:
All in all, it was a highly informative and an edutainment session where the all of us had fun with a useful piece of learning about operations.At the end of the session, Puneet on behalf of Opera Club, delivered a vote of thanks to Prof Owen and Prof Owen was presented with a memento. 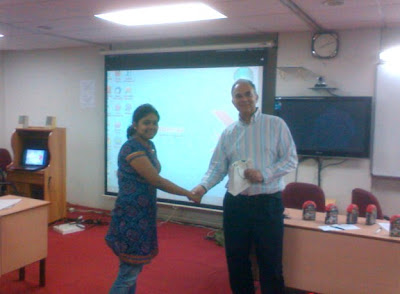