Honorable Minister of Human Resource Development, Shri Kapil Sibal today unveiled the inaugural plaque and also delivered a lecture at IIT Bombay's brand new Victor Menezes Convention Centre (VMCC). Victor Menezes, retired Senior Vice Chairman of Citigroup, Inc. and a distinguished alumnus of IIT Bombay (BTech '70 Electrical Engineering), contributed $3 million (approximately Rs. 13.5 crore) towards its construction through the IITB Heritage Fund (IITBHF). In all, the total cost of the Centre's construction was Rs. 40 crores. The Convention Center is amongst several major projects that have been planned by IIT Bombay to continue to improve the infrastructure on the campus. 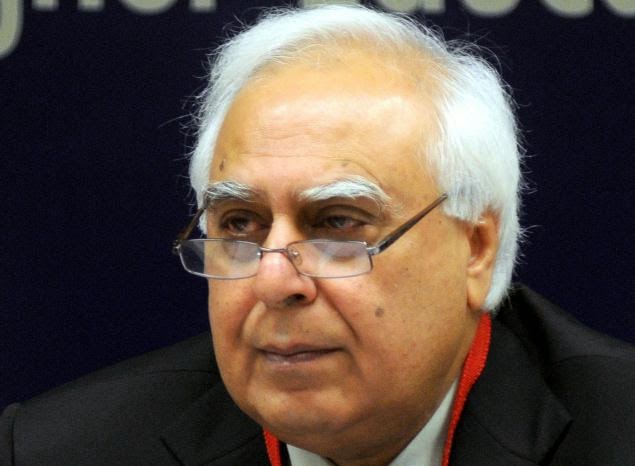 VMCC, The Victor Menezes Convention Centre hosts a well-equipped auditorium with a capacity of 380, six lecture halls with a capacity for 150 each, ten lecture halls with a capacity for 75 each, one VIP Lounge, a Conference Hall, a Cafeteria and Pantry. "Manuel Menezes Center - Civil Engineering Annex" will occupy the top two floors of the Centre. The proposed facility will create needed space for meetings, conferences and other such events that will continue to attract the best students, faculty, and researchers to IIT Bombay. It is also hoped that the Convention Center will act as a stimulus to increase R&D initiatives and enhance collaboration with industry.

"The vision with which the state-of-the-art Convention Centre was planned has come to fruition. VMCC is already receiving many booking requests for conferences and workshops. We are proud of our alumni like Victor Menezes, whose achievements have enhanced the reputation of IIT Bombay. We are thankful to Victor and his family for the generous support of the excellent new facility, which will significantly benefits the institute in its path to excellence in research and education," said Prof. Devang Khakhar, Director, IIT Bombay.

"I received a priceless education from IIT Bombay and this is a small way to say thank you", said Mr. Menezes. He added that "I hope the convention center will help support the exchange of ideas and intellectual advancement at IIT Bombay."

"Mr. Menezes has always been an inspiration to IIT Bombay alumni in leading the way in 'giving back' to their alma mater", said Mr. Ram Kelkar, President of IITBHF. "His generous donation toward building the convention center will help enhance IIT Bombay's reputation as India's leading educational institution."

40th reunion of Class of 1970 The alumni of the Class of 1970 who were present at the inauguration of the Convention Centre also got together for their 40th reunion on January 7-8, 2011. Victor Menezes also from the same batch joined nearly one hundred alumni and their families and guests to take part in this reunion. Many of those attending are entrepreneurs who lead their own companies, while others have achieved prominent positions in Indian and overseas corporations in the fields of Finance, Banking, Engineering, Chemicals and Manufacturing. Over twenty alumni from the US will attend the reunion in addition to those from Singapore, Australia, the UK and Dubai. In addition to getting reacquainted with each other after a hiatus of forty years, the reunion will feature networking, knowledge-sharing and thought leadership on various subjects such as globalization, energy, technology, career development, and social entrepreneurship.
Posted by SJMSOM at 12:20 AM