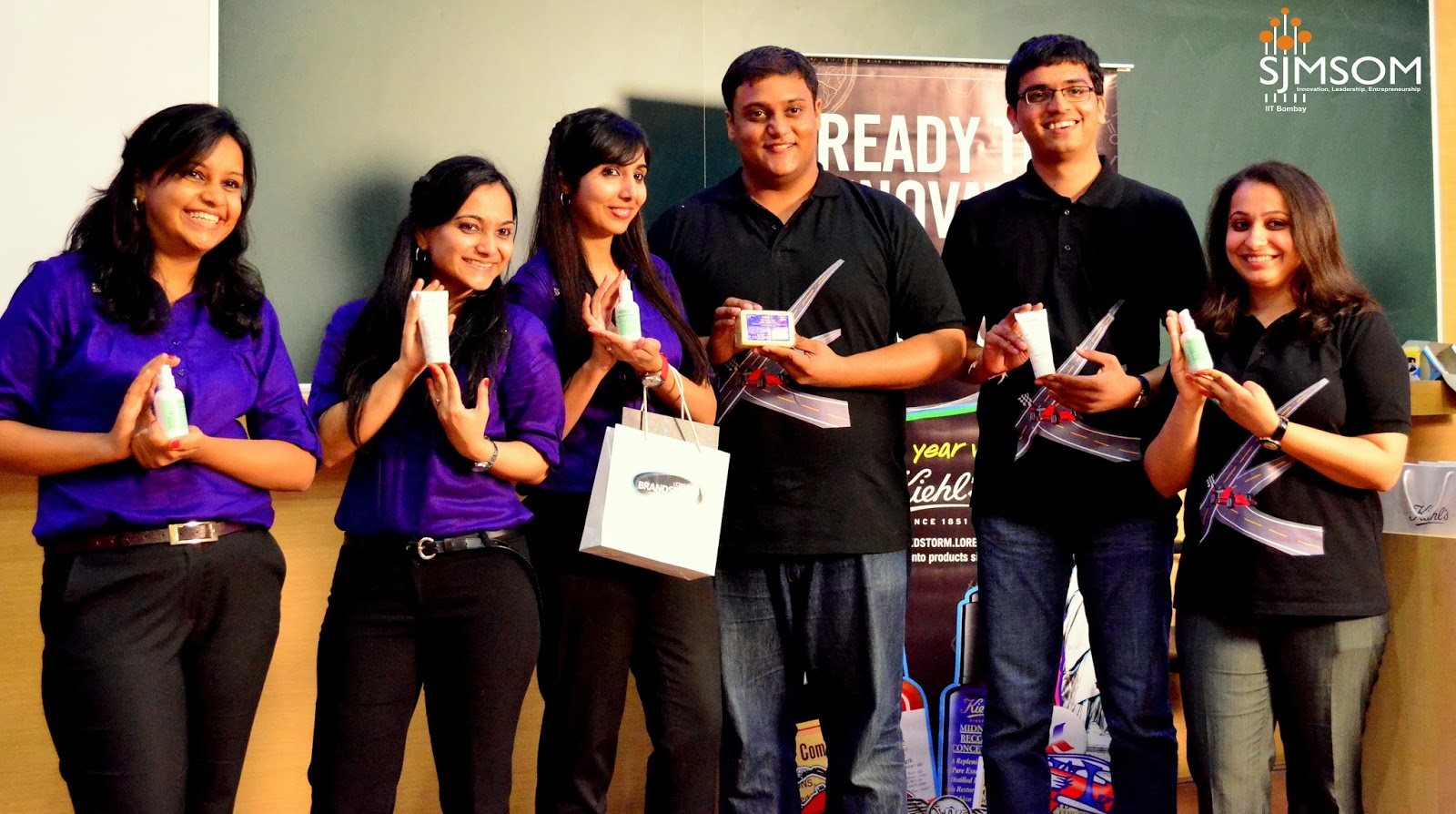 Brandstorm is an internationally acclaimed Marketing competition of L’Oreal. It gives the aspiring marketing enthusiasts across B-Schools of India an opportunity to get beyond number crunching and portray their marketing acumen and eventually a chance to compete on the international platform.

This year, Shailesh J. Mehta School of Management, IIT Bombay got the privilege of hosting the regional finals of West Zone. It was a proud moment for us to host the event. 12 colleges had made it to the West Zone Finals. Those were IIM-A, IIM-B, IIM-K, IIM-I, JBIMS, SPJIMR, MICA, NMIMS, NITIE, SCMHRD, SIBM and hosts SJMSoM, IIT Bombay. The elegance of the event and brand L’Oreal was on full display as smartly dressed teams took their seats. Before the event began, the judges tried to build a relaxing atmosphere by asking the participants to get rid of their blazers and feel comfortable.
The teams had to make a 15 minute presentation on the case study of Kiehl’s which had been given to them some days in advance.  IIM-B started the presentations followed by the other teams. It was evident from the presentations that the stakes were high and teams had worked a lot on the case study. Teams were quite good when it came to the structure and content of the presentation. There was vibrancy and there was a lot of enthusiasm. A participant from SIBM got special compliment from the judges for his enthusiasm in the presentation while the team from SJMSoM got complimented for the strategic road map they presented. Some teams decided to walk the extra mile and show some innovation. So we witnessed the team from SP Jain wearing T-Shirts designed especially for this event. We also witnessed the all girls team from SCMHRD come up with a skit. If some teams had structure, others had style. Some had the completeness – a mixture of style, research and structure. A major attraction was the brilliant communication skills which the participants displayed in the presentation. The way the words flowed and the way the participants switched between each other showed a lot of practice and effort.

Eventually, SP Jain and SCMHRD were declared winners of the West Zone Regional rounds. They joined teams from IIM Shillong (East Zone Winners) and FMS Delhi (North Zone Winners) into the finals. The road ahead, however, is still a long one as only 1 college will get a chance to represent India at the International finals of Brandstorm in Paris, an event that will have representation of teams from 45 countries.

Wishing the national finalists all the best! Hopefully, the trophy will come to India.

written by,
Mridul Shandilya
SJMSoM'15
Posted by SJMSOM at 2:20 PM