It was a pleasant summer afternoon in Mumbai. Somewhere near Powai, the nervous B-school aspirant in me was wading through the traffic in a rickshaw to attend a B-school interview that would change his life. 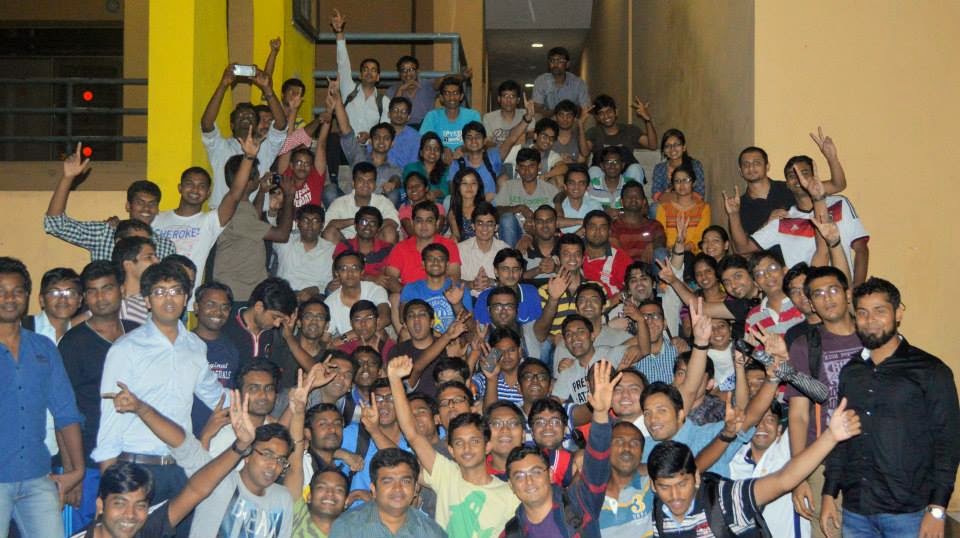 As the rickshaw slowed down, I saw the entrance of one of the most coveted educational institutions of India, IIT Bombay. The fantabulous institution reflected sophistication and the pride of being the alma mater of so many bright minds of India. Few minutes inside the campus and everyone feels the strong urge to be associated with the IIT Bombay brand and the institution.

Lost in the serenity of the campus, I didn’t realize when I reached the tall and the esteemed building of Shailesh J Mehta School of Management (SJMSoM) that has gloriously molded many successful MBA graduates. The helpful staff quickly guided me to the infinity corridor for the interview proceedings.

The corridor was filled with smartly dressed aspirants who all seemed determined to outperform the rest. A casual chat with aspirants was all that one needed to realize the infinite potential of the brightest minds in India that filled the infinity corridor. Nervousness slowly made its way in my mind. The eminent standard of the competition and a strong desire to be a part of SJMSoM, batch of 2016, added to the nervousness. I had butterflies in my stomach.

Just at the stroke of 1 PM, we were asked to be seated in the VMCC seminar auditorium. I was impressed, not just with the dazzling interiors of the infrastructure but also with the time efficient operations of SJMSoM. It was the first time I was experiencing a B-school carrying out its interview proceedings perfectly on time.

SJMSoM has adopted an innovative approach while conducting the interviews. For any B-school aspirant those few minutes before the interview are probably the most tensed ones. In SJMSoM, things are different. As I awaited my turn, I was greeted by a friendly smile by a student who was helping in the interview proceedings. He introduced himself and told me about the panel and the types of questions my previous aspirants were asked. Time flew by while talking with him and I was not nervous anymore while entering the interview hall. I believe it played a huge role in ensuring a good interview. Even before the results were declared, SJMSoM felt like home.

The date was 2nd June, 2014. I was ecstatic. Tension and euphoria gave way to excitement, euphoria and contentment. I had cleared the waiting list for SJMSoM. I was now officially a part of SJMSoM. However the joy was short-lived; we were allotted an induction assignment that had to be submitted before joining the college. Half heartedly, I started the assignment. It required a lot of research; the assignments were tedious. Little did we realize then that as we progressed with the assignments, our interest in the assignment would increase! The interesting case studies we had to refer to, the absorbing history of various cult brands like Royal Enfield, the deep concepts of marketing and finance, the product lines of the FMCG giants like HUL, the financial case studies - all added a perspective to our thinking. I noticed a change in the way I started perceiving various products and services. Even before I joined the college, I had taken the first step towards being a MBA graduate.

Finally the D-day arrived. Mumbai was under a furious rain attack. I remember reaching the hostel armed with two heavy bags and a bed. I quickly got acquainted with the new faces around me. Technology has been a boon to mankind and probably the smart phone has been a blessing for students. Even before the college had started, I knew most of my classmates through social media platforms. There were only a few unknown faces at the start of the induction programme.

‘Never judge a book by its cover’ is a well known proverb. Our experience with SJMSoM was a good example of it. Everyone expected the induction to be a lack luster assembly where seniors would come up with boring speeches that might even put a busy bee to sleep. I remember many of us making plans to visit various tourist spots in Mumbai. Well, the blame couldn't be put on the students. That is how induction programmes are at other institutes. However at SJMSoM, things are ‘thoda hatke’.  We had absolutely no idea that the following week would be a sparkling cocktail of enthusiasm, hard work, fun, innovation and bonding.

The first day witnessed various ‘ice-breaker’ activities. Soon we found ourselves sharing our funny and embarrassing experiences and stories. Amid pearls of laughter, more than the names, we got to know about the personas of the students with whom we were going to spend the next two years. 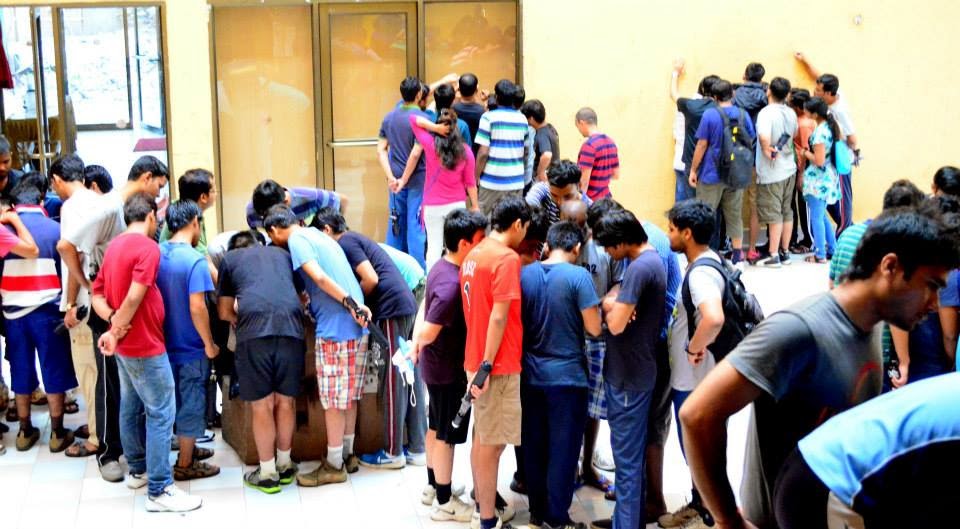 The next day started with a Treasure hunt. The daunting clues and the pressure to be the first in the race made me feel like Nicholas Cage from the movie ‘National Treasure’. The clues were spread all over the vast IIT Bombay campus. My group members and I racked our brains to solve the clues. The event sprouted the leadership and team player skills in all the students. It was one of the most exciting treasure hunts I have ever been a part of. The goal was to educate the students about the campus and it was accomplished.

Many other fun filled activities followed. We sold innovative goods like ‘Glass houses’, ‘Stone soap’, ‘plastic towels’ and other unimaginable and funny sounding products. The innovation and ‘on the feet thinking’ ability portrayed by my fellow mates spoke volumes about the talent SJMSoM housed. In the social network competition, the race to get the maximum likes for statuses and pictures just got crazier and stiffer. We could see statuses and mirthful photos of excited students posing at various points in the IIT campus flooding Facebook, Instagram, Twitter, etc.  New friendships were made every day. At SJMSoM, batch 2016 and 2015 bonded like a family. The thrill, excitement and energy just kept mounting as each day of induction passed.

Finally, the last day of induction dawned upon us.  It had to end with a bang. Special skits and movies made by batch 2016 of SJMSoM went on till 1 AM. The events ended with huge round of applause for the seniors who took time out from the busy schedules for the induction. We hugged our seniors! In how many B schools can one witness such a thing? Our seniors were our celebrities, our role models.

Well begun is half done. The induction week was a perfect start to the thrilling, exciting and knowledge imparting journey of our lives and I hope that we (Class of 2016) cash in on this excellent start and graduate from this institute with flying colors. SJMSoM had become a home for us within a week and we had become a family!